How tough is Facebook’s misinformation crackdown? 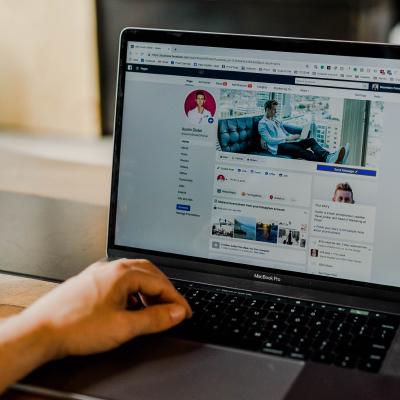 Facebook reviewed and approved advertisements which targeted Australians with misinformation about coronavirus, as well as fake voting information.

Responsible Technology Australia, an advocacy group for the ethical progression of technology, designed an experiment to test Facebook’s claims it was cracking down on misinformation online.

The group set up a fake organisation’s page, Ozzie News Network, and over a two-month period Facebook reviewed and approved a series of damaging fake news ads that RTA placed up including:

Images of fake ads can be found here.

The result? It could not be easier to post up misleading and fake news on Facebook and for it to remain there indefinitely.

“No traditional publisher or broadcaster would ever run ads like this,” said Chris Cooper, executive director of Responsible Technology Australia. “But not only did Facebook review and approve them, even when we repeatedly reported them as misinformation they were never taken down.

“Our fake ads deliberately play on people’s fears in ways we know are typical. This experiment proves just how easy it is to spread fake news on Facebook, and it would be easier still for an experienced malicious foreign actor. Currently there is little Australian authorities can do to fight this problem.”

The ads were only taken down following media attention, despite the Facebook audience it was targeted at seeing the ads and reporting them as false.

To ensure the ads didn’t unintentionally spread misinformation Responsible Technology Australia tightly targeted the ads at a group of users who had consented to being in the experiment.

Mr Cooper says the experiment shows not only how easy it is for bad actors to spread misinformation, but also the need for social media platforms to start acting in the public interest.

“Should it just be user beware? Should Australians accept that nothing online is true? We don’t think so. Facebook is what curates, amplifies and profits from this material. It should take responsibility too,” Mr Cooper said.

“Our Communications Minister has had to publicly dismiss ludicrous conspiracy theories about 5G. We’ve even seen protests in Melbourne and Sydney. Social media is obviously playing a pivotal role in pushing these crackpot theories to a mass audience.”

“We need Facebook to publish a live list of the most popular viral posts about COVID-19 and other hot button topics. We need transparency about the information, for everyone to see what’s getting shared out there.

“Our health authorities have limited insight into what kind of misinformation headwinds they are facing. We are all in our own little online filter bubbles, so none of us know the misinformation our aunt or neighbour might have being pushed upon them.”