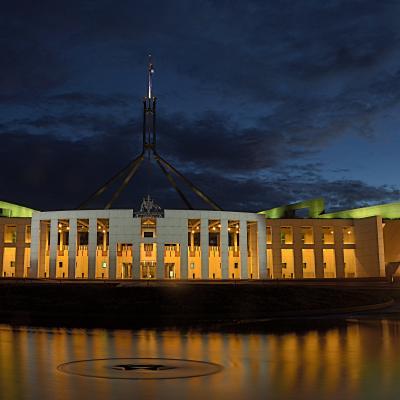 Responsible Technology Australia (RTA) would like to thank the Committee for the opportunity to comment on the 2019 Federal Election. We welcome and agree with Senator McGrath’s comments on the “rise of social media manipulation and disinformation campaigns” as a threat to our democracy.

Our submission intends to add to this growing dialogue on how digital platforms are adversely affecting our democratic process. We look forward to working with the Joint Standing Committee on protecting Australian society.

RTA is an independent organisation committed to ensuring a just digital environment. We seek to ensure the safety of Australian citizens online whilst advocating for a free business ecosystem that values innovation and competition. In particular, we are concerned with the unregulated environment in which digital platforms currently operate and advocate for a considered approach to address issues of safety, democracy and to ensure economic prosperity.

2.0 CONTEXT - THE DIGITAL THREATS TO DEMOCRACY

Through this current unregulated and limitless data collection, digital platforms have built profiles on their users that includes their interests, their vices, and their vulnerabilities. This information is then used to intimately target users, to serve them content that is better geared to keep then engaged. The architecture of these digital platforms combined with our personal information leaves us vulnerable to different forms of manipulation that threaten our democratic process and Australian society at large.

This manipulation is facilitated by the digital platforms in two ways:

2.2 Effects on Democracy and Society

Foreign and malicious actors have been able to exploit both of these mechanisms in order to achieve their intended outcomes. The effects of this manipulation has already begun to be seen in Western democracies around the world, weaponising our personal information to drive division and interfere for geopolitical or financial gain.

In particular, the capacity for micro-targeting on the digital platforms is completely unprecedented, exacerbating disinformation in political advertising whilst also making it much harder to regulate.

‘unlike heritage media, digital and social… can be done in the “dark,” so your opponents may not even be aware of the message you are pushing out’.

This was clearly seen in the:

Algorithmic curation of engaging (usually extremist) content also has potential to undermine our democracy, maybe in even more sinister ways. Due to the fact that divisive, sensationalist clickbait has been shown to spread faster online, foreign actors have been able to ‘game’ this system to peddle mass amounts of content with the intention of driving polarisation.

This has been seen with:

The digital platforms have both re-written the rules of engagement during elections and revealed vulnerabilities in our democratic process, and we recognise the journey to combat these harms and ensure a robust and functioning Australian society is complex and nuanced.

Our view is that future regulatory approaches should be harmonised and be able to adapt to the rapidly evolving landscape of these platforms. In particular, the findings and recommendations of the Final Report of the ACCC Inquiry on Digital Platforms should be incorporated into the Committee’s considerations.

In particular, the Final Report posited that specific processes and research was needed to build an evidence base on how these platforms might harm Australian society. Our recommendations build upon this and encourage a proactive and expedited approach to inform future regulation. This approach should grant regulators the oversight needed to understand the ways in which algorithms and ad systems amplify or incentivise problematic content, thus ensuring that our democracy and society are protected.

With nearly 37% of Australians turning to social media as their main source of news, a comprehensive approach to political advertising blackouts nearing elections should be implemented.

These restrictions are in place on all forms of heritage media (televation, radio and print) to give a grace period for Australians to decide how they will cast their vote. These laws however, carry little effect as the digital platforms are exempt, meaning that political advertising continues unabated across all social media channels during elections. By having a cohesive approach to regulation, this will ensure that the original intentions of the advertising ban are upheld.

Efforts should be made to increase the transparency of digital campaigning. This is a particularly important first step in ensuring digital literacy and protecting our democratic process.

This has already started to be seen in the US and the UK, with Facebook creating an in-platform tool that allowed users to see who was paying for political ads. Australia should consider adopting the same measures, whilst also expanding similar transparency measures to other digital platforms (such as Twitter and Youtube). Additionally, an independent body (most probably the AEC) should be empowered with specific responsibilities that ensure fair conduct on the digital platforms such as:

RECOMMENDATION 3.3: Conduct an Inquiry into the potential harm that advertisers could cause to individuals, society and/or the democratic process in Australia, through the use of the digital platforms.

This Inquiry should explore several key areas such as;

The taskforce established within an independent regulator, such as ACMA, would be briefed to conduct an investigation over several months into the potential mechanisms in which the advertising functions on digital platforms could be exploited by malicious actors.

This would require the cooperation of both the digital platforms and advertising partners to identify vulnerabilities, including the extent of data targeting available, the identification verification process, the advertising content checks and restrictions, and other procedures set forward by digital platforms and their partners. The outcome of the inquiry would be a set of recommendations for specific platforms to strengthen their advertising systems with the intention of informing future regulation.

RECOMMENDATION 3.4: Ongoing and proactive auditing of the content that algorithms amplify to users, focusing on the spread of harmful or divisive content that has the potential to influence political outcomes.

These expanded responsibilities of the above regulator will begin to build an evidence base on how algorithms prioritise and distribute certain content and the impact of this on the democratic process in order to inform future regulation. This should focus on (but not be limited to) the following:

Algorithmic audits of these platforms would need to be determined in collaboration with the relevant companies. This could be set up in a way in which the platforms self-publish what content is being amplified and served in Australia by these algorithms in real-time, allowing regulators to focus on the outcomes of the algorithms rather than the design of the algorithm itself.

This would allow for the mitigation of two key concerns:

This mechanism would allow an independent regulator to gather evidence required to assess whether news and other content being recommended by algorithms is in line with societal expectations, and whether actions need to be taken by the platforms to tweak their algorithms to ensure content appropriateness, quality and diversity in line with our media regulation frameworks. An example method to explore modelling algorithmic auditing is available at Algo Transparency, which provides a snapshot of the videos recommended on Youtube.

RTA acknowledges the scale of the task ahead to begin to adequately regulate these digital platforms and mitigate the societal harms they inadvertently cause. We look forward to working together to bring about the best outcomes for businesses, consumers and society at large.

Stay up to date with our work by signing up for our newsletter.