Designing for Disorder: Algorithms amplify pro-anorexia content to teens and children as young at 10 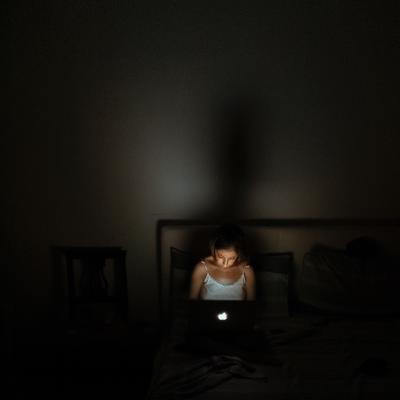 Reset Australia has again highlighted the need for the introduction of a Privacy Code for children and teens after Instagram is caught promoting and profiting from underage eating disorder content.

Research conducted by Reset Australia and Fairplay (US), has found that because of the algorithmic amplification of eating disorder content on Instagram:

But this issue is not limited to Instagram alone. The promotion of extreme weight loss is a common feature of the social media experience for young Australians.

Reset Australia commissioned polling by YouGov of 500 Australian 16 and 17 year olds and found that on social media 24% of young people said they saw content that promoted extreme weight loss and unhealthy diets multiple times a day, and a further 23% said they saw it multiple times each week.

The situation was markedly worse for girls than for boys or trans+ young people. 32% of girls report seeing content that promotes, glamorises or normalises extreme weight loss several times a day, compared to 19% of trans and gender diverse young people and 17% of boys.

Reset Australia shows that this is part of the business model of Big Tech that puts profit ahead of safety.

“Social media algorithms are trained to promote the most clickable and addictive content because it drives up Big Tech’s revenue, even where they cause harm.”, said Dr Rys Farthing Director of Children’s Policy at Reset.

”Social media platforms make no exception for children – they’re prepared to promote pro-anorexia and restrictive eating content and influencers to teenagers without thinking about the consequences”.

“Frances Haugen showed that they knew about these problems at least three years ago but have done nothing to fix them”.

“We need regulation to make platforms rethink how they promote content, to fix their algorithms so they work for young people”.

“The fact that Instagram makes money from the underage pro-eating disorder bubble is shocking. It shows how out of control their business model really is. We need regulation to ensure that children’s best interests must be put at the heart of any digital platform operating in Australia”.

“The Enhancing Online Privacy Bill, which would in part do this, didn’t make it to the Senate before the election was called and that’s a real missed opportunity for kids. We need all candidates to commit to passing legislation if successful at the polls. Every month we wait, teenagers are harmed”.

Disregard for the interests of young people in the service of mega-profits has sadly become standard practice, and must be reviewed, researched, reported and regulated.

We need more research and transparency to illuminate the unhealthy and harmful practices of companies that target our young people. “

In a YouGov poll, 500 16 & 17 year olds Australians were asked “While on social media, how often do you see content promoting, glamorising, or normalising extreme weight loss or unhealthy diets?” Conducted in April 2022. There were noticeable gender differences.

From the Instagram Eating Disorder Bubble report. Calculations about the number of Australians in the bubble: